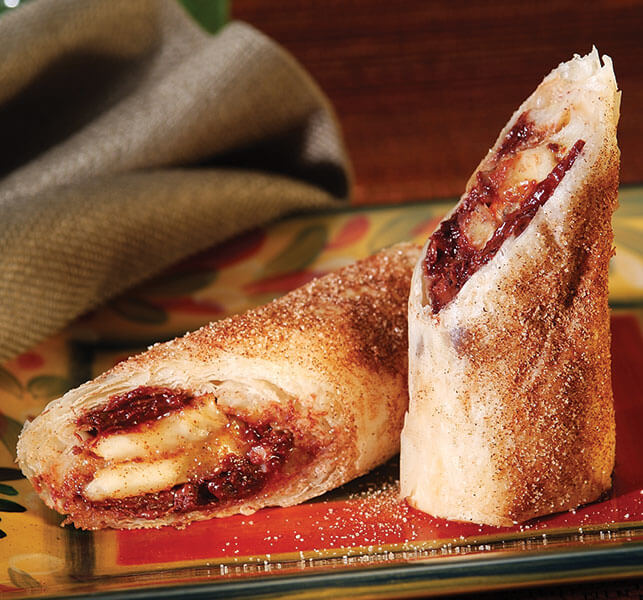 Replace the usual flour tortilla with sheets of flaky Phyllo in these banana- and chocolate-stuffed and cinnamon- and sugar-coated dessert chimichangas.

In medium bowl, combine bananas, chocolate chips and 1 teaspoon of cinnamon. In a small bowl, combine 1 teaspoon cinnamon and sugar.
Evenly divide the filling into 8 portions. In a small saucepan, melt butter over medium heat. Layer 5 Phyllo sheets, brushing each with melted butter. Cut the width of layered Phyllo in half. Place filling at one end of Phyllo strip, leaving 1″ from end and 1/2″ from each side free of any filling. Fold Phyllo up over the filling to form a roll. Fold side edges in to enclose the sides. Roll up to the end of Phyllo strip. Brush outside of roll with butter. Sprinkle with cinnamon sugar mixture. Repeat process to make 8 rolls.
Bake seam side down, at least 1″ apart, on ungreased cookie sheet or baking pan in preheated 3501/4F oven for 15 – 20 minutes or until golden brown. Serve warm or at room temperature. 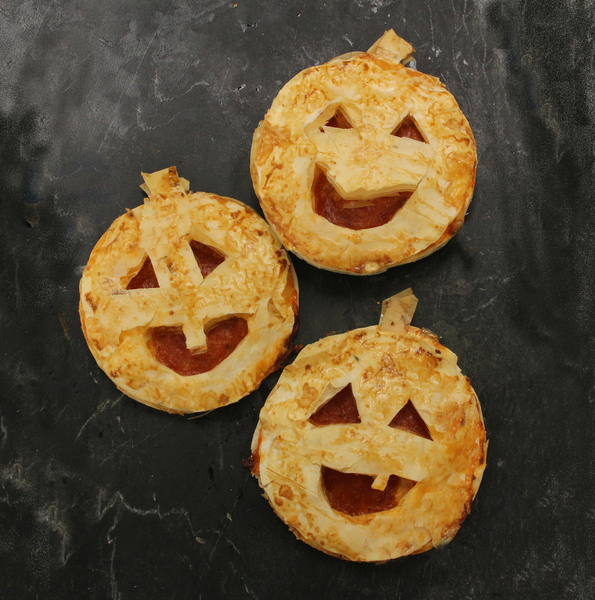