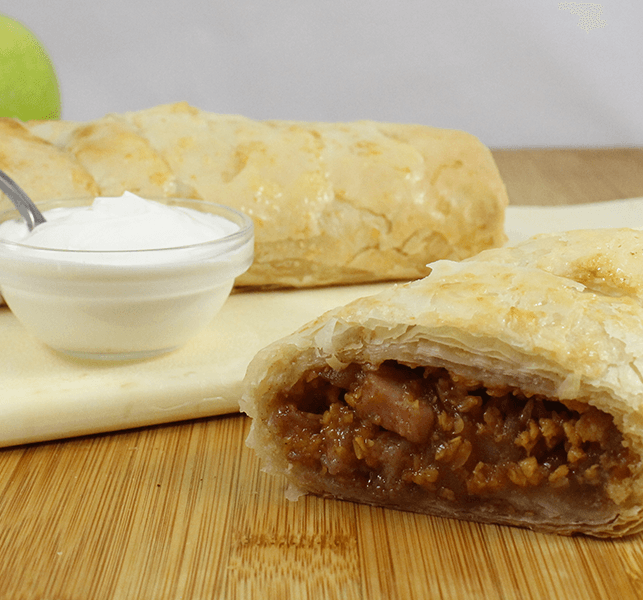 Unroll and cover phyllo with plastic wrap and then a slightly damp towel to prevent drying out. Layer eight phyllo sheets, brushing each with melted butter and sprinkling breadcrumbs between layers. Repeat layering with 3 more sheets of dough. Place half of the filling at one end of phyllo strip widthwise, leaving 1″ from end and 1″ from each side free of any filling. Fold phyllo over the filling to form a roll. Fold side edges in to enclose the sides. Roll up to the end of phyllo strip. Repeat the process to make a second roll.

Bake seam side down, at least 1″ apart, on an ungreased baking sheet in preheated 3501/4F oven for 25 minutes or until phyllo is golden brown.
To serve cut into slices and serve with sour cream. 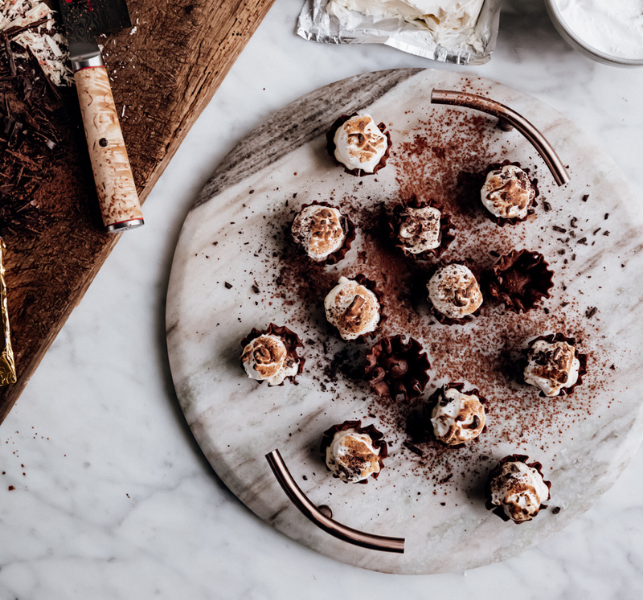 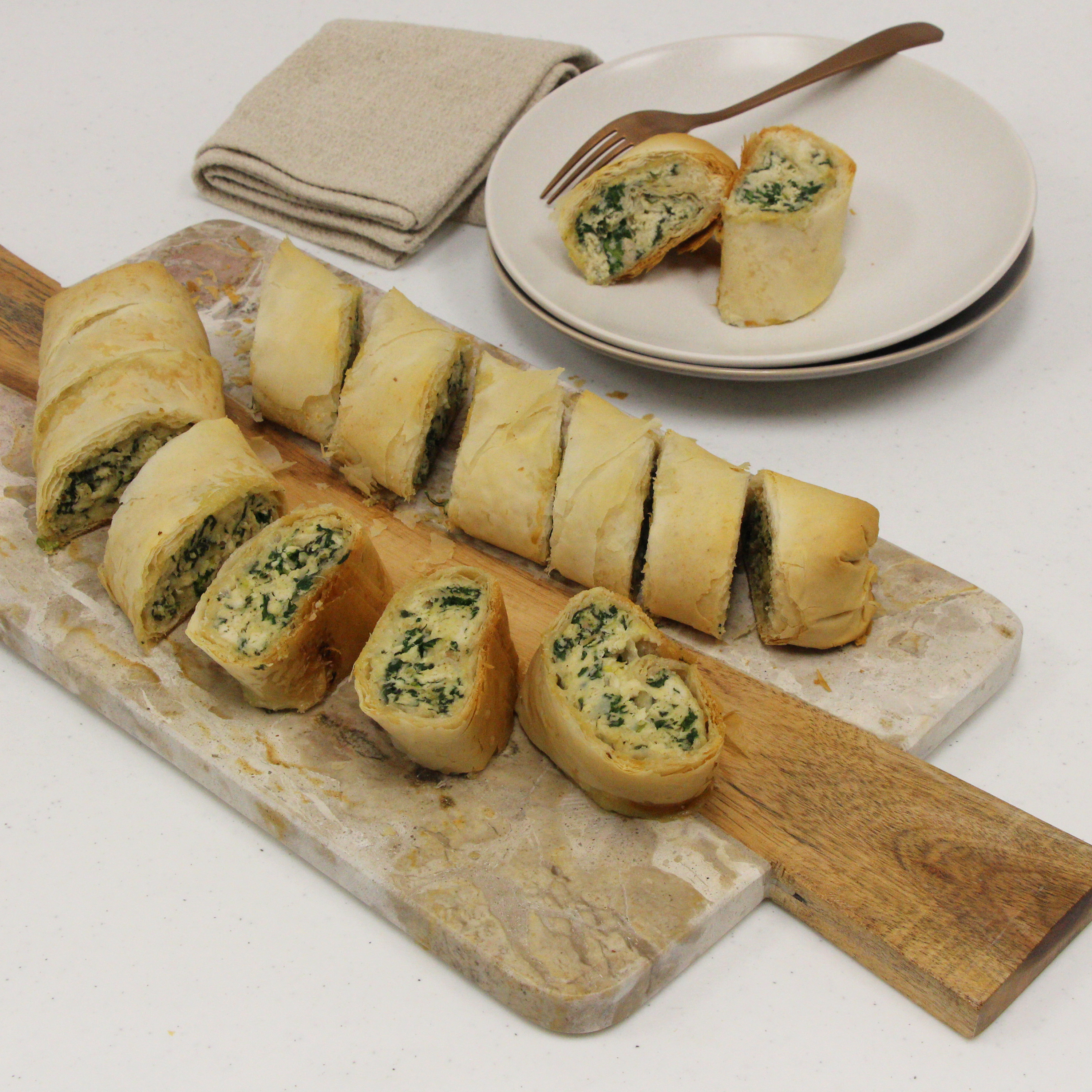