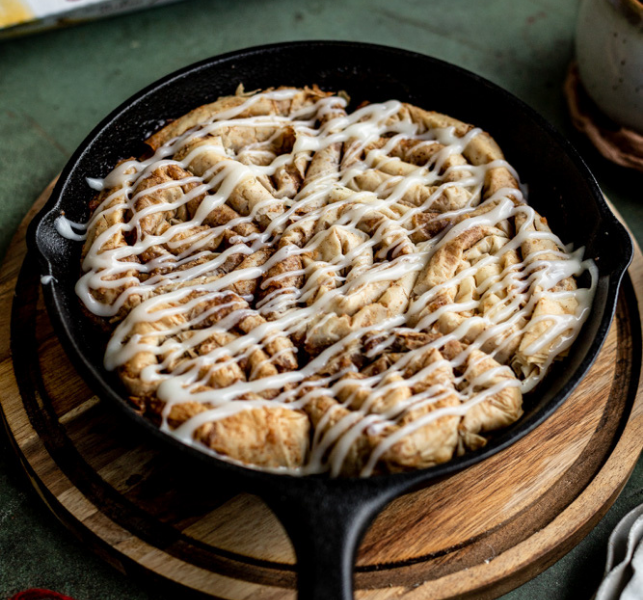 A unique alternative to traditional cinnamon rolls! Layers of phyllo are coated with a mixture of brown sugar, butter & cinnamon, then baked to golden perfection in a skillet and topped with a cream cheese glaze. Recipe & photo by Sam Adler of Frosting and Fettuccine blog.

In a saucepan over low heat, melt the butter, brown sugar and cinnamon. Place 1 sheet of phyllo on work surface. Lightly brush with melted butter mixture. Layer on 4 more sheets, brushing each sheet with the butter mixture, resulting in a stack of 5 total sheets.

Roll the stack into a long log, then roll the log into itself to form a spiral, achieving the cinnamon roll shape. Place roll in skillet. Repeat this process 6 more times to make a total of 7 cinnamon rolls. You may have to slightly squeeze them into the skillet to fit. Bake the rolls for 20-25 minutes, or until golden brown.

To make the cream cheese glaze, combine the cream cheese, powdered sugar, and milk in a bowl. Mix together until smooth. Once the rolls have slightly cooled, drizzle the glaze over top. Serve immediately. 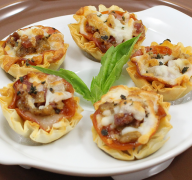 Love pizza? Meat Lovers Pizza Mini Shells are fun, delicious appetizers that will be a hit at your next party. 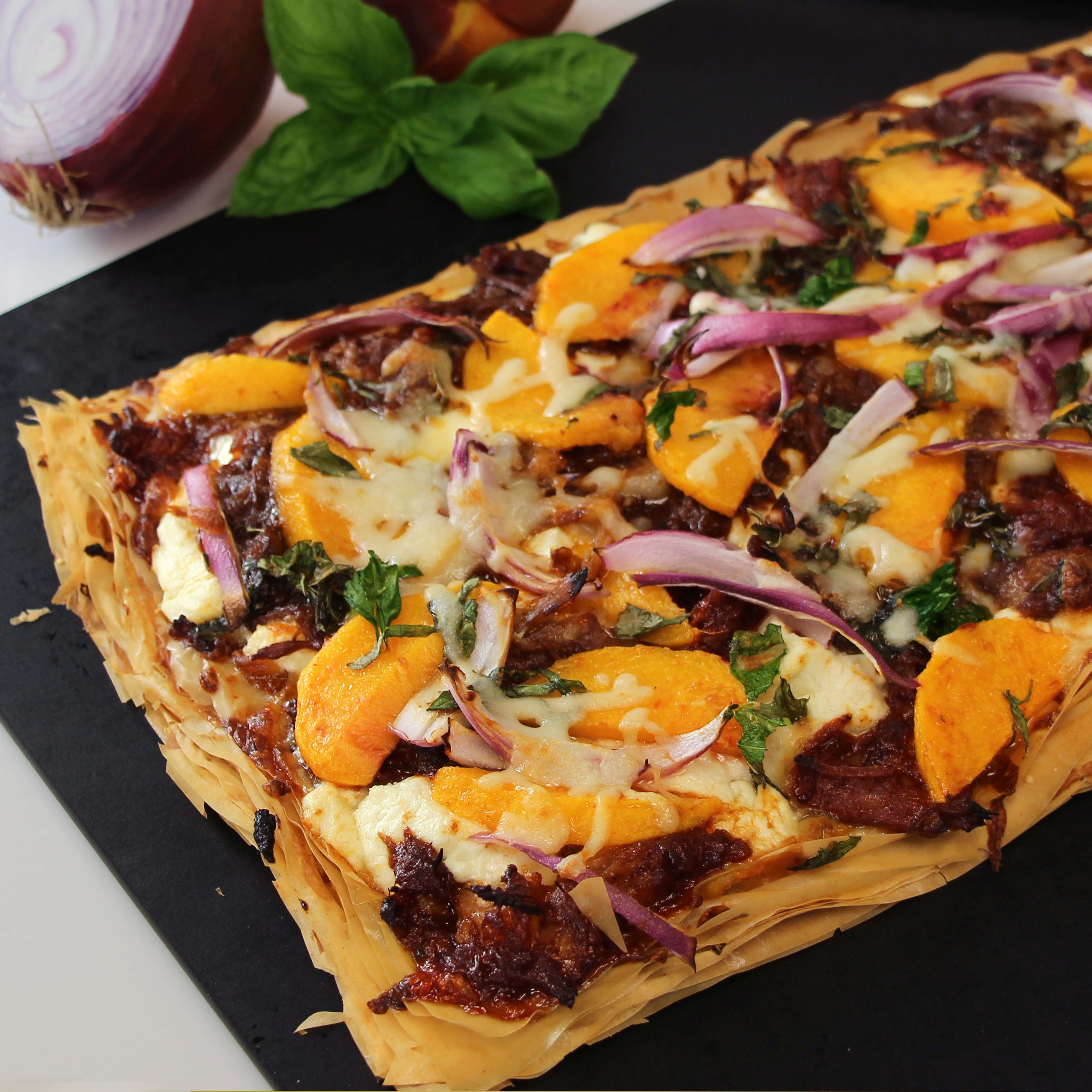