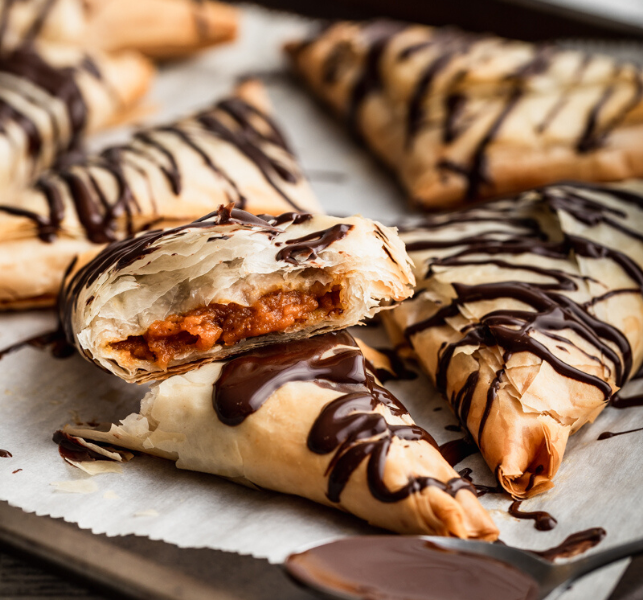 Place 1 sheet of phyllo on work surface and lightly brush the surface with melted butter. Layer and repeat with 3 more sheets. Once you have 4 layers buttered and carefully stacked on top of each other, use a pizza cutter to divide the dough in half, lengthwise.

Spoon roughly 1 heaping tablespoon of filling onto the end of the dough leaving roughly a half-inch of room to the edge. Fold into a triangle. Keep folding the dough over itself to form a triangle until you get to the end of the sheets. Place the turnover on the prepared baking sheet. Repeat until you’ve used all the filling. Reroll unused sheets and follow storing instructions on package. Bake for 15-20 minutes or until golden brown.

Melt the chocolate and coconut oil together in a microwave-safe bowl on 50% power to prevent burning. Stop every 40 seconds to stir until smooth. Drizzle the chocolate over the turnovers and let sit at room temperature until chocolate hardens. 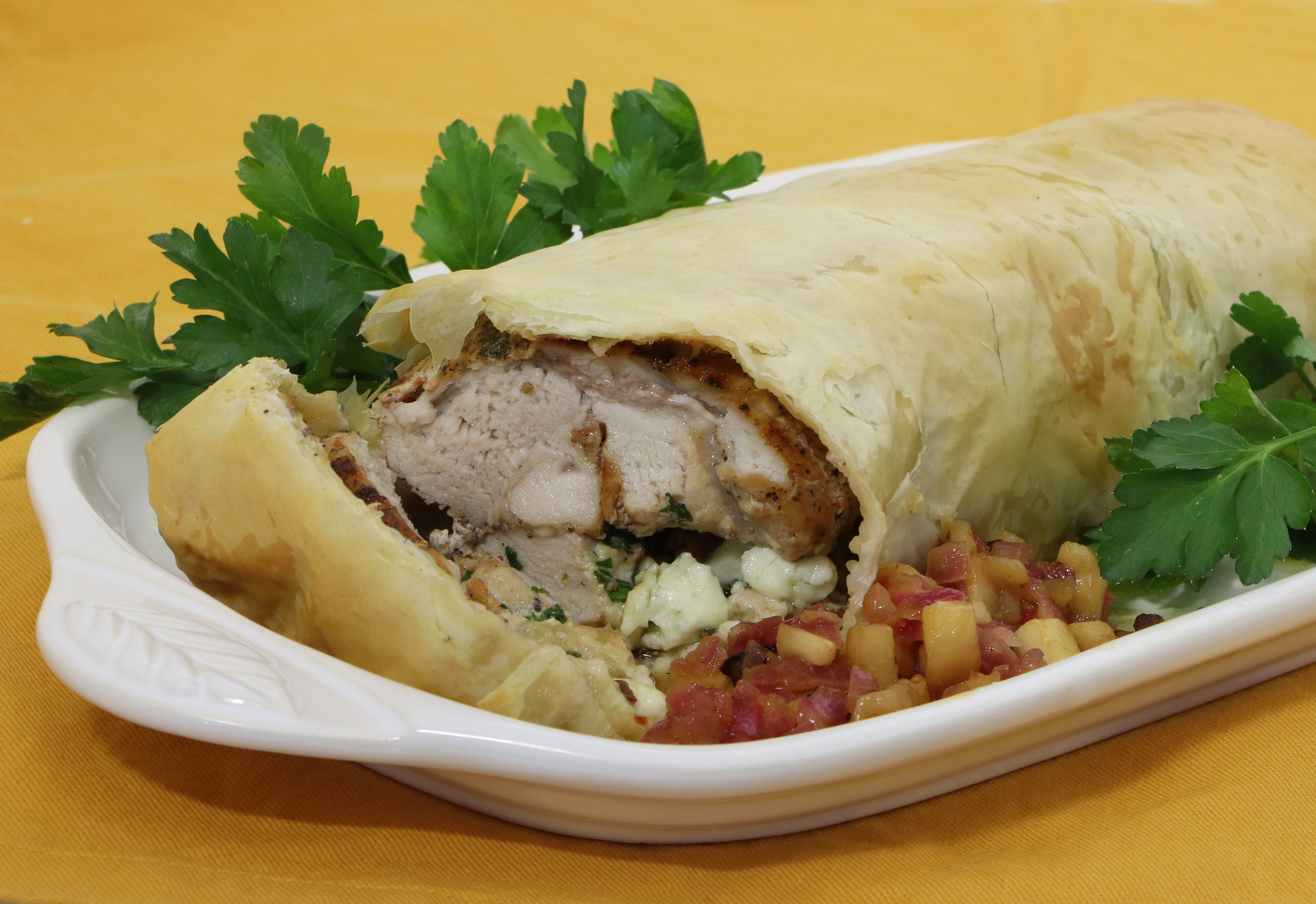 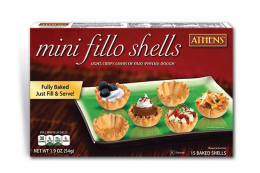 Bring a mixture of sugar and water to a boil before simmering to create this simple syrup.