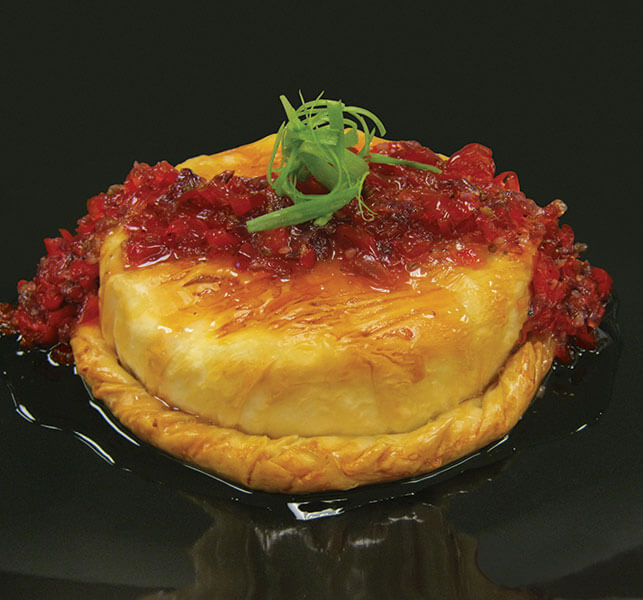 Thaw one roll of phyllo, following thawing instructions on package.
Unroll and cover phyllo sheets with plastic wrap, then a slightly damp towel to prevent drying out. Place one sheet of phyllo on work surface and lightly coat with cooking spray. Layer and repeat with three more sheets of phyllo, but do not spray the top layer. Repeat with the remaining four phyllo sheets to make a second set.

On a baking tray, bake Brie wheel for 10-12 minutes in a preheated 400°F oven or until the phyllo is golden brown. Let stand for 15-20 minutes before cutting. Top with Red Pepper Compote, or your favorite preserve. 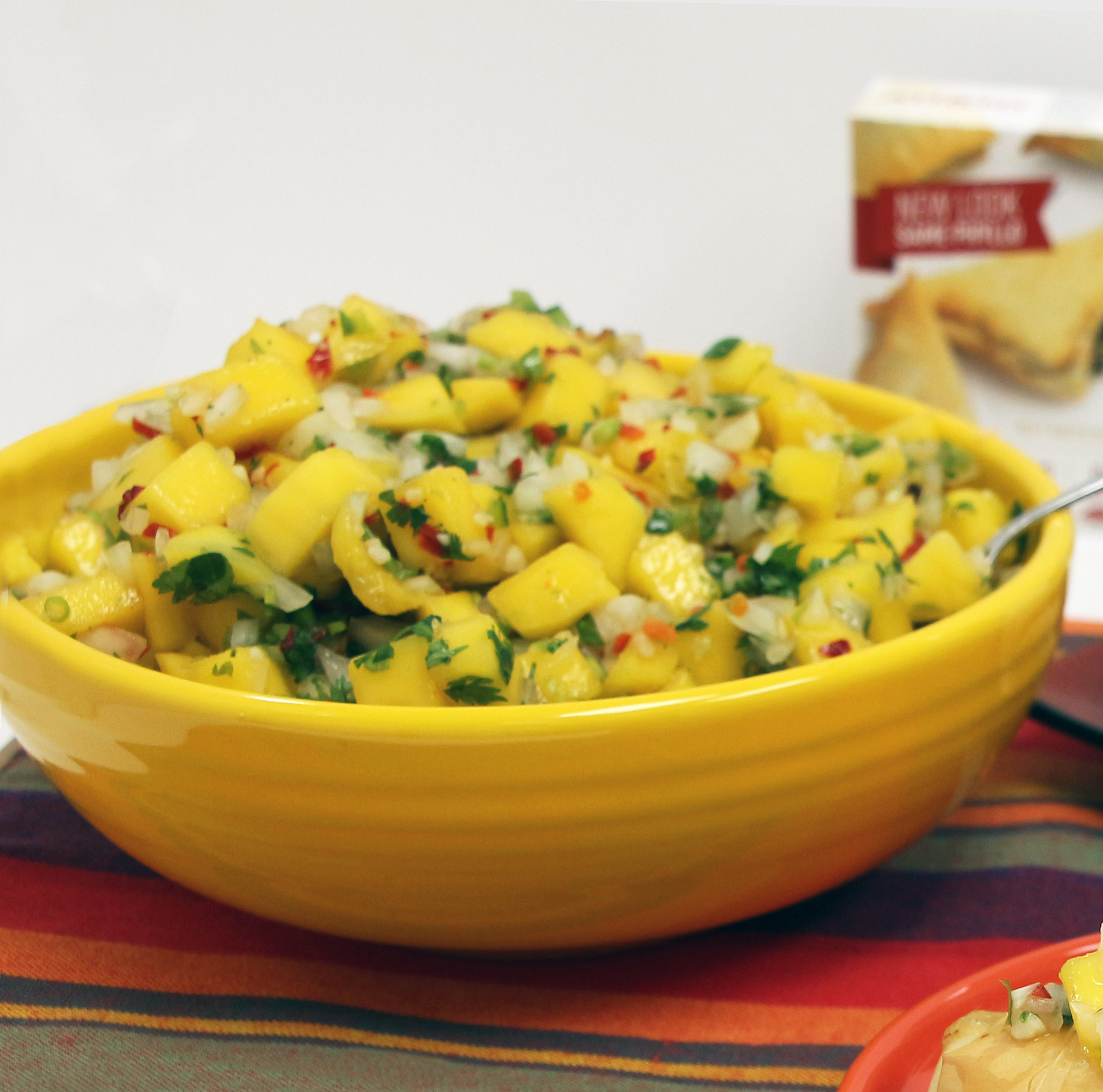 This mango-powered salsa goes great with our Cajun Scallops and our Phyllo Chimichangas. 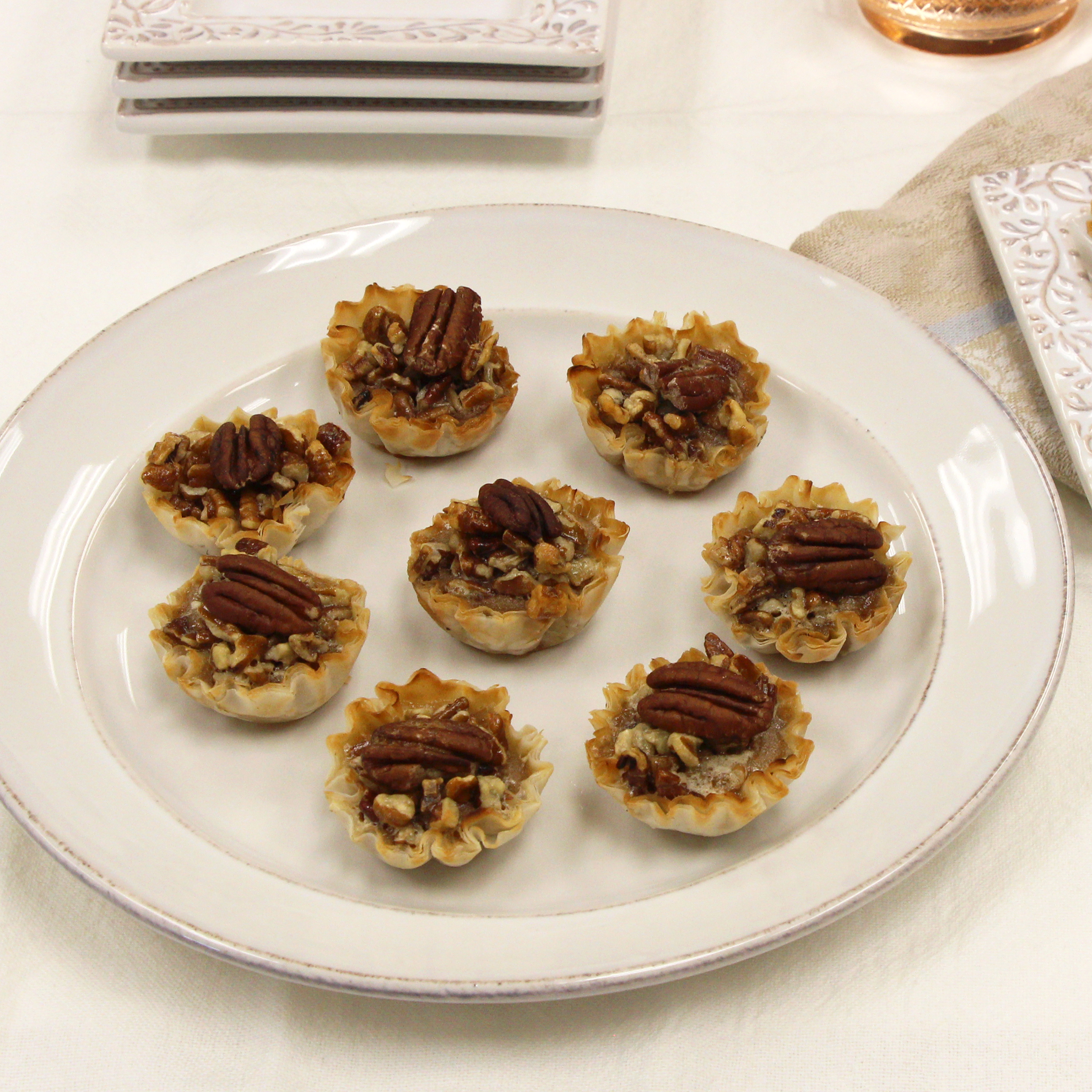