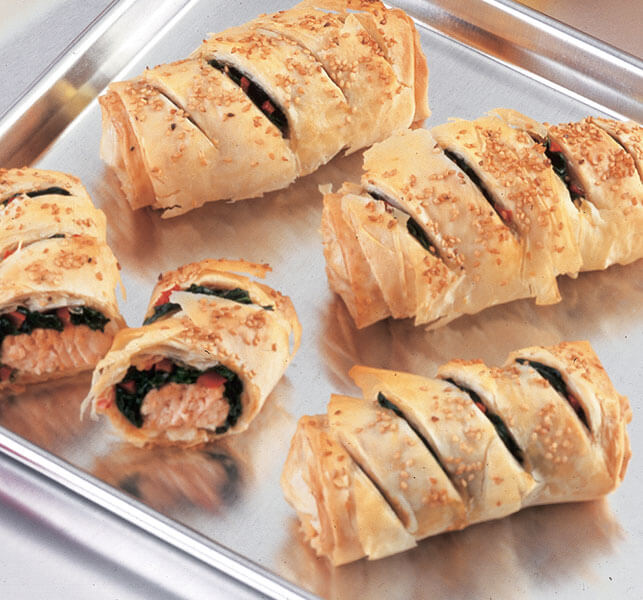 Prepare 4 medium phyllo rolls by following the directions for rolls linked to the right. Cut Phyllo in half lengthwise; divide spinach mixture into four equal portions.
Place spinach mixture on Phyllo; place salmon on spinach and roll lengthwise tucking in ends as you go.
Place seam side down. Score each entree. Brush Phyllo roll with melted butter or vegetable oil and sprinkle 1 teaspoon of sesame seeds on each roll.
Bake in preheated 375° F oven for 30 to 40 minutes until Phyllo is golden brown. 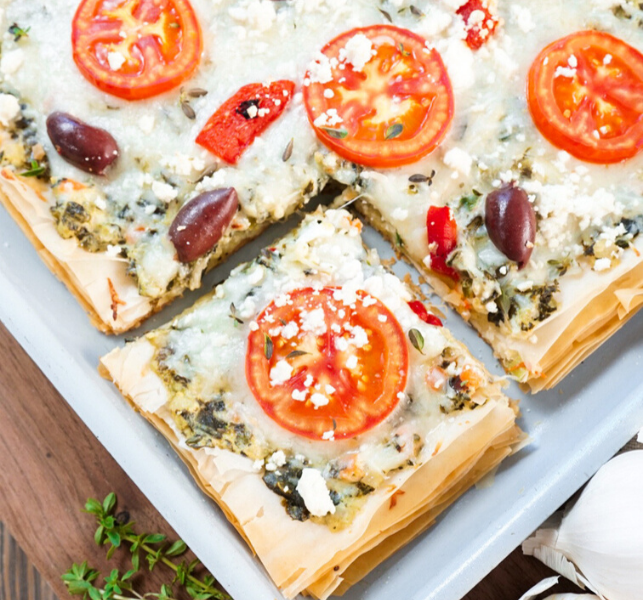 With spinach & artichoke dip as the sauce base and savory, delicious toppings like mozzarella, feta, kalamata olives, tomatoes and roasted red peppers piled on top – this flatbread is full of Greek flavor! Recipe by Gavin & Karen from A Couple in the Kitchen blog. 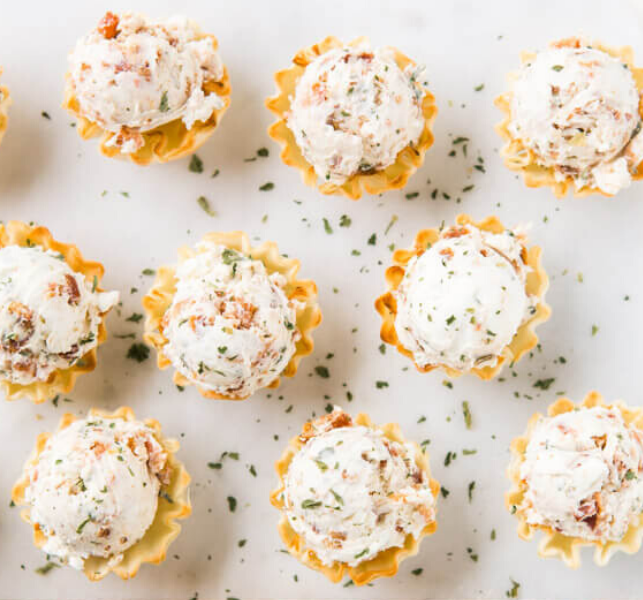 A sweet, salty and tangy appetizer with just the right amount of crispy phyllo dough. Recipe by Meagan from A Zesty Bite blog.